SHREWSBURY — About 25 kids and adults with disabilities spent Aug. 17 water-skiing on Lake Quinsigamond.

The event, which had the theme of “Any Disability, Any Age,” was held in two sessions, which means that the participants had the chance to water-ski multiple times.

The event was sponsored by the Webster Water Ski Collective, which is a 501 (c)(3) that operates out of Webster Lake. Candela is one of the collective’s directors and serves as its treasurer.

Last year, Webster Water Ski Collective held an adaptive event in Webster. Some of the people who attended were members of a water-skiing club in Shrewsbury.

The group loved the Webster event and asked if they could host one in Shrewsbury, Candela said.

“Our mission is to teach water-skiing, and to teach lake preservation, good sportsmanship and boating safety,” she continued. “Safety always being of the utmost importance.”

She said the collective was started several years ago. They partnered with the Connecticut-based Leaps of Faith Adaptive Skiers, which is another nonprofit that has been providing adaptive skiing opportunities for decades.

“There’s no other club in Massachusetts that does it,” Candela said. “There’s only four in New England that do it.”

As she sees it, this is the collective’s way of picking up that torch. It’s an additional example of outreach of their mission statement to teach water-skiing.

“Now we can say that we can teach any age and any disability,” Candela said.

She estimated that the Collective needed a jet ski, a boat and eight people to help put individuals on their adaptive water skis. All that amounts to about $3,500 in equipment costs.

The collective operates through donations. This event was free for participants. Learn more at https://www.websterwaterski.org/ 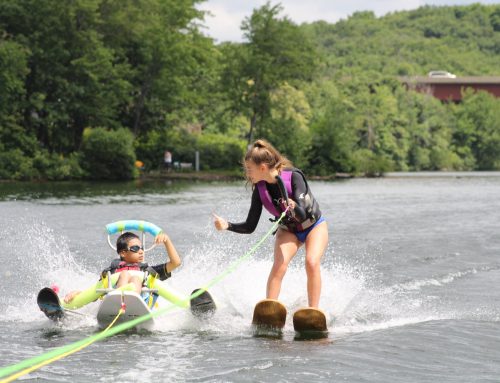 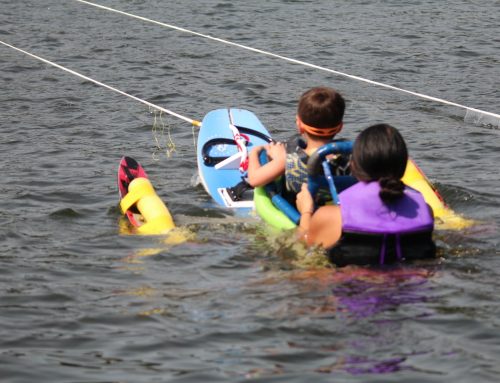 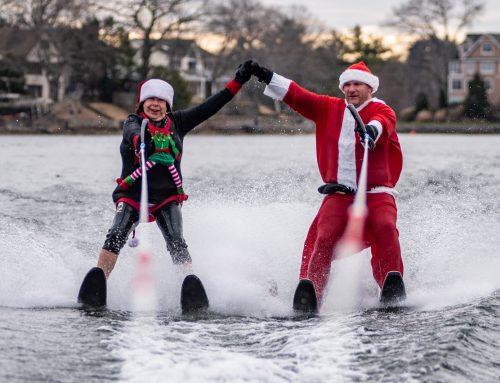